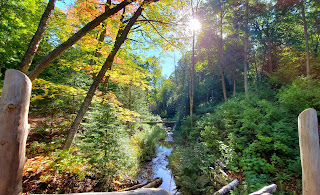 Here I am again...I'm contemplating if I do an Instagram purge, and unfollow several people who I have followed in the past year or so because I'm in a state of overwhelm. I'm feeling suffocated by the energies of the amazing women I've chosen to look up to or whom I find inspiring/interesting, or otherwise refreshing. (The first installment of the purge has happened, btw.)

As I scroll (which I allow in small, micro-doses) I see profiles pop up and the next thing I know is that I'm feeling...icky.

I am so curious if I'm the only one that feels this way, and I'm also wondering "Why?"

Each person I follow that is in the coaching industry in some capacity is inspiring to me. The messages they post give me food for thought and ideas on what I might like to cultivate in the future (in my own time.) Yet right now I'm feeling a need to pull away. I'm feeling bombarded (maybe it's because so often we see "self-help" and "self-enlightenment" and "self-love" stuff so much more during the holiday season in preparation for the new year?)

Maybe my capacity of taking in all of the beautiful messages and thoughts is limited right now due to my involvement in 2 programs. So all of my attention and focus is on ME right now...what I am personally experiencing...and all of this other "stuff" is just noise that my brain doesn't want or need.

I am curious because I've felt this way for a while with a few select coaches. Something in my gut keeps telling me that (right now) their energy is not what I need. There is some kind of repulsion. I say this feeling very sheepish because I truly believe that the person is a very fine person. I admire how they have built up their business. I've attended masterclasses and such, and there are times when nuggets of truth really hit home with me. However, there are many times when I feel like I'm more or less forcing myself to be in their light. (In a virtual sense, of course) and I can't get away from the negative feeling that's sitting in my gut. My whole being is saying "Not right now. This isn't it for you right now."

Being in that space, within myself, is uncomfortable. For a while, I thought that I must be "failing" because this human, their energy, their truth, and wisdom, was not settling into my body in a way that felt right.

I realized this in a pretty harsh way when I attempted to sign up for their coaching program last year. It was a good lesson for me to learn- because I do feel part of my decision in saying "yes" was because I didn't want my friend/coach-at-the-time to see me in a different light. Getting into a coaching program was on my mind, and I was so desiring to take a leap into something, but this exact program did not sit right in my gut. Once I said yes, I felt an overwhelming feeling of dread. I barely slept that night. A decision that I was looking to make didn't feel good. It didn't send out those delicious tingles of anticipatory excitement and nervousness. I felt like I wanted to vomit. The next day I retracted my interest, I was refunded, and it was alright. I did feel shaken up for a little bit- which in the end was good because I learned that I really did need to lean into my gut feeling more.

Fast forward to where I'm at now- in two different programs...and I feel very good about my decisions.
Granted, it's not to say I didn't feel nervous making the decision to sign up for either program, but I could tell in my gut that they were the right decisions. There was anticipation, nervousness, and excitement. Coming into both programs gave me tingles. Both programs also feel so very comforting- both elicit a feeling of pleasure and "I belong here" within me.

There isn't any forcing of feeling- I'm not feeling uncomfortable with participating or listening to videos/exercises. Implementing practices feels good for me on a physical, mental, and emotional level.
It's like I found the women I needed to have in my life, their energies feel good and soothing in my body- I'm not feeling on edge. (Well, okay, when I feel nervous I'm on edge...say when I attend live calls and such for educational purposes! I think that's very normal for someone who sees themselves as neurodivergent/shy.)

One of the oracle cards I pulled last night said that I should focus on what is most essential to my soul's calling right now. Perhaps that means I need to reduce some "social noise" right now. I have nothing against the beautiful people who are in coaching, spreading their knowledge and love, but perhaps it's just too much right now. Inspirational overload. Keep close to those who give me legit feel-goods, who truly inspire me and cultivate my creativity. Perhaps this is a lesson in learning to let go of what doesn't serve my greater purpose right now- and to listen to my gut. Honor my intuitive sense. Listen to my inner voice and trust it. 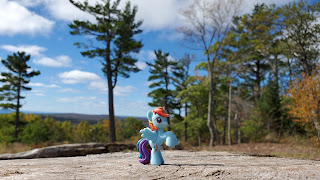 Life On a Spectrum