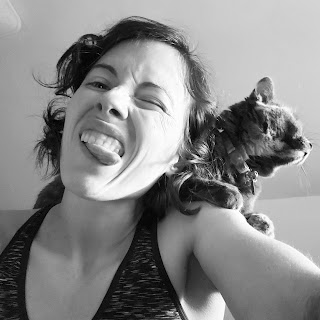 F*ckfinity.
A word born from two souls, and the perfect and beauteous embodiment of what we call, Life.

It's me leaving the dome light on in my car for half the day, draining the battery down, all because I lost my pair of f*cking sunglasses. I obviously plugged my car battery in.

It's me falling into the abyss, turning into a human blob, while trying to do a meditative exercise that at one point really turned me the f*ck on...but not enough to keep me present in the physical sense. Perhaps spiritually I was totally the f*ck there.

It's me almost spending a solid amount of money that would have allowed me entry into an online course from a woman I admire, but saying "No" to the situation because it would've been a decision made out of FOMO and my desire for "MORE"...putting so much shit on my plate and having me drown in my own self. (Not in a good way.)

It's me reading a smut book instead of my "learn-y" books....because sometimes my brain just wants something to digest easily rather than expand. I'll get to those delicious books of knowledge in the right time.

It's me crying over Phoebe (one of our 3 cats) and her lack of pooping. Possibly more her fear of pooping. Not sure. Basically, it's an ordeal that's gone on for almost a year and we're finally making some progress- but not without hurdles. It's mentally and emotionally exhausting. After a solid crying session, Husband took Phoebe down to the litter box and she pooped like a f*cking champ. WTF. Hold me now.

It's me falling deeper in love with pleasure and living life more authentically.

It's accepting that slow, steady, and constant growth is much more enjoyable than those large bursts of endorphin-blasting moments that are fleeting and addictive. I've been addicted to those sorts of "OOOH!" feelings that one gets from bigger, more monumental changes or decisions. It's not sustaining. You need bigger hits. I'm learning to create a more sustainable habitat for myself...created out of love, empathy, and joy.

I'm sending flirty texts to my husband more often, because why not?

Having to pill a cat is challenging as f*ck. (Phoebe)

....I've had writer's block for so f*cking long. It feels good to get something out, even if it is just a bunch of word vomit. Find the pieces in it that mean something. Or maybe nothing means anything- and that's okay. Life is full of strange, wonderful, and beautiful things...remember those when shit gets a little too real, hard, or otherwise f*cky. 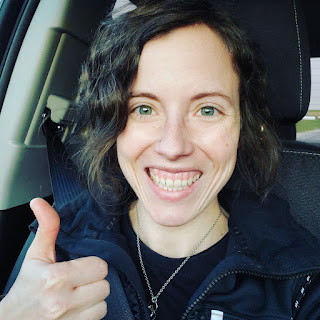 Taking A Deep Dive Into Myself