My Body's Offender- My Former Step-Dad 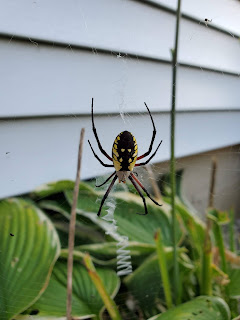 This is hard to write about, because, well...the truth hurts.

My former step-dad aka FSD (My mom is getting a divorce from him)...in reality, was not the best father figure a girl could have asked for. No. It was also made worse by the fact that I wasn't his actual kid.

I think, perhaps, there had been some affection and love, but it was always overshadowed by his relationship with his biological son.

It also became overshadowed by the reality that I was my mother's daughter. Which when their relationship was experiencing downs, as in, some sort of disagreement or argument going on- I got the brunt of it from both parties. I think my mom absolutely did not want me to be in the middle, but so often I felt like I was stuck between a rock and a hard place.

It was especially hard on me when I helped my FSD milk cows at the other farm. Because I'd have to listen to him whine, bitch, and moan about my mom. I felt like I had to side with him for the sake of not being seen as an enemy. At home, I'd side with my mom because it felt like the right thing to do.

Ultimately, I felt like two people were coming at me with knives, and it was all I could do to save myself from being stabbed.

One time when I was old enough, I thought I'd somehow, successfully, be able to mediate the situation. I thought that mentioning something to my mom would be a great way to get the communication ball rolling. Let's face it...they weren't great communicators with each other, and I do feel that my FSD hid things more often than not...but I digress.

It turned into an incredibly shitty shit show.
It was the worst thing I could have ever done. Not only did I unintentionally pit my parents against themselves, but my FSD had also become infuriated with me for sharing his feelings with my mom.
This was bad because he would limit his conversation with me at home, but when I'd help milk cows, I was picked on all evening long. Berated. Told off. He would say things like he wouldn't tell me things ever again because I'd just go and tell my mom. He legitimately went out of his way to make me feel like absolute shit.

It had gotten so bad, that my mom ended up confronting my FSD about his mistreatment and ultimately, verbal abuse against me. It came to this "You'll have no say in how I raise my daughter, and I'll have no say with how you raise your son." (At this time I'm positive that my former, oldest step-brother was out of the house, so it was FSD's biological son at home.)

I remember there was another big blow-up a few years later. I had been going through a tough time in school and some of my grades were slipping. 7th grade was a bitch for me for some reason. My mom ended up having me have my teachers sign a piece of paper every week giving my current grade for the week. Math was my most challenging subject, and I would sometimes try and cover-up, alter, or otherwise change that grade. I was ashamed.

FSD's son (Which is what I'll call the other FSB for the moment) was quite the troublemaker. One reason is that my FSD did absolutely nothing to make him accountable for his wrongdoings. He never had to be accountable for his actions. That ultimately let him have free reign over everything, and not in a good way.

There was some sort of argument between my mom and my FSD, and she said something about FSD's son, and he retaliated with "At least my kid isn't a liar" which, to be honest, is the largest crock of shit I've ever had the privilege of stepping into. (FSD's son absolutely is a liar who stole money from his own father to buy drugs, and who knows what else. He lied about stuff all of the time, way more than me trying to hide how inept I was in 7th-grade math.)

At one point, years later, I had breakfast with my FSD (when he was still my SD) and he had told me he was sorry for not being a better dad. That he didn't like how my mom treated me at times and had wanted to say something, but didn't for fear of making it worse. At the time I thought that it was very thoughtful- but now I don't quite see it that way.

Additional years later.
I get divorced from my first husband.
I meet Travis.
We eventually buy a house together.

We decided we'd host Thanksgiving. For my side, I invited my mom, dad, and FSD. My dad said yes, my mom said yes, and FSD said absolutely nothing back. I had called and left voicemails at least twice.

Then Travis and I decide to get married.
I invite my mom, dad, and FSD.
I sent the invite to FSD in a text. At least twice. Nothing.
He never showed up.

A few weeks later when some of my mom's family were visiting, FSD had the gall to tell them that he hadn't been invited to the wedding.

Seriously? Are you shitting me?

That's not all of it. I've seen the so-called relationship between us diminishing over the past several years, but I didn't want to admit it. I figure that there is so much drama at this time with his son and his issues, that there isn't room for anyone else other than his two grandkids and his son. I wasn't his actual kid by blood, so there wasn't anything on his end to lose if he cut me out of his life.

Yet he seemed to have no idea how hurt I would be because I had always considered him to be a legit father to me. I had fought so long and hard for some form of acceptance from him (and the rest of the family) only to constantly feel inadequate.

This man wasn't a great father figure.
How he treated me when he was upset at my mom was not appropriate.
He would talk about my breasts in a way that was not appropriate. Making comments like "Don't run, they might hit you in the chin."
He would make me feel bad for liking cats.
He would make me feel bad for taking time for myself (as dairy farmers, there is no such thing as "self-care" but I always made it a point to have Fridays and Saturdays off when I was dating my first ex-husband. Not to mention I still made it a point to work after Cosmetology school every evening that I could.

I have a sigh of relief that comes from knowing that my mom is divorcing him. She's so much happier now. I'm grateful that I don't have to force myself to fit in a mold that was so uncomfortably small and awkwardly shaped anymore. I don't have to choose sides. I don't have to lie about who I think is right or wrong. I don't have to continually try and prove how worthy I am of his love and affection. I'm free.