Finding Myself: The Sexual Liberation of JosieJo 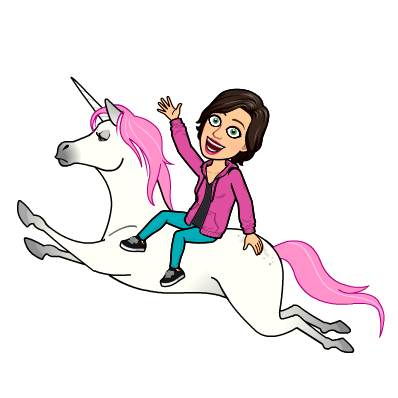 It's been a while since I've written about my journey into sexual positivity and exploration, partly because I feel like there has been so much going on.

It's difficult to put it all into words, tho I have been journaling, I have felt perhaps a bit shy to share this side of myself with "the world." I suppose that's what drives me to do so, to do a small part in erasing the stigma of sex and sensuality.

My renewed focus on working myself further out of my shell is partly because I'm afraid of what will happen when the busy season hits. Last year, when the bike season officially took off, the progress I made with my sexual self was tucked away in a box. Literally, it's like the off switch was hit, and any excitement that had been ignited was thoroughly squashed with the onslaught of service work, COVID-19 worries, bike sales, rentals, conversations on why we didn't have bicycles, etc.

I think part of me is afraid. Mountain biking has been a huge part of my life thus far, and for me to feel so passionately about something other than mountain biking is a big fucking deal. Especially when it's something I feel I need to tread lightly upon (Sex positivity, sexual/sensual awakening, etc.) Literally, I feel like I'm two people and this is the time of year where it's okay for me to be "this person" and during the rest of the year, I'm "that" person. Exhausting.

I love pouring knowledge into myself. To make myself think. To have something other than biking take over a chunk of my life. It's stimulating. I'm learning more about myself, filling in some cracks that were formed over the years with love and kindness. I'm learning to slowly love myself a little more- show more care and gentleness to my body and the parts that have made me feel insecure.

I've been able to feel more comfortable and open about sex (in general), what I want, and feeling more confident in pleasuring myself (understanding what I like.)

One book I'm currently reading is called Come As You Are and I feel it's an extremely worthwhile read.

All of these things have helped me to open up and have positive and insightful conversations about sex with my husband. Not only that, but it's helped me to take time to think, process, and work through some of my own personal garbage. I'll be honest...there is a lot of garbage. What I'm enjoying the most is stepping outside of my comfort zone and taking charge with some things. Most notably...porn.

Porn was something that I never hated when I was younger, tho my experience with it was watching a couple of shows on the Playboy channel in secret. One was called Sex Court and the other was akin to a talk show, which I will say, was somewhat informative if I had only been able to watch it more often. I knew where my former step-dad's magazine collection was, and frankly, I liked one magazine the best because of this far-fetched comic. I knew my (real) dad had magazines hidden behind his truck seat. I think my feelings were more of curiousity and shock as opposed to shame. I feel pretty positive I stole one from him. (Or maybe it was my step-brother, I'm not sure anymore!)

His engagement with adult chatrooms on Yahoo when we were together. As in, the kind of chats where women would send him nudes and he lied about not knowing what they were sending. (I fell for that B.S.)

Then...the dating website profile sealed the deal. All trust was 100% broken. Unfortunately, we stayed together for a few years after that discovery because it was too easy to stay in a convenient relationship (and I was constantly told I couldn't survive on my own...) and it took time for me to realize that I'm smart with money and yes, I could survive on my own.

Ultimately, with my ex-husband's actions, I was left feeling like I was a broken woman. I blamed porn for all of it when in reality it was him. He had issues that he never sought help for, and ultimately I became the victim of them. I let convenience and fear keep me tied to him for far too long when I should've left a long time ago. When someone disrespects you that much and ultimately says that they are who they are and they don't have any reason to change...one needs to muster up some courage and fucking leave. Thankfully I did. It was just a few years later than what it should've been.

There are some amazingly entertaining and funny interviews, especially with the women who were in the industry in the 80's. She also has some great interviews with other folks, like Dirty Lola, Elle Chase, and the women from Shameless Sex podcast. Highly encourage looking up those particular podcasts first and then dive into the other ones.

This brings me to the greatest revelation to date.

I'm currently figuring out what I like, but there are some great options out there that are produced by women. There are so many different styles. It's a frickn' wormhole tho, and trying to search for stuff on the internet or sites can be extremely intense and almost frustrating.

Two great sites that are very women-friendly are:

Bellesa Co. (they also have a shop where you can purchase sex toys!)
Lust Cinema

Both have beautiful websites that don't give off "sleeze" and are easy to search categories/filter. Legit, ethical stuff with no fears/worries of illegal or unsavory uploads. Bellesa does have some free content, but they have a very resonable price if you want to sign up. Lust Cinema will gift you a free movie if you sign up for their newsletter, but other than that, you do have to pay. However, you do get to download 10 films a month (for the yearly cost and how much purchasing dvds cost, it's really not too bad if you ask me.)

I have purchased dvds because 1. it saves from streaming and 2. I don't feel like I'm stealing and 3. Sometimes it's nice to just minimize choice. I get overwhelmed.

I did sign up for Lust Cinema because I was impressed by the content and you do get the option of downloading. They might not have quite the selection of films as you can get if you purchase dvds, but there is plenty to explore. Figure anything is fine to try at least once!

So there you go, basically a part one of JosieJo finds herself. Stay tuned for more, and remember to keep your mind and heart open.