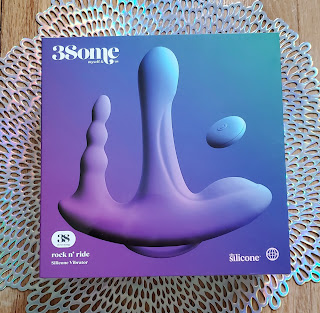 When I was given the opportunity to review the 3Some Rock N Ride, I was stoked! I'm really intrigued with finding the perfect DP toy that I could use solo or with partnered sex.


This luxury toy sounded like it would be a great mix of what I had already experienced with the 3Some Total Ecstasy, but with slightly different shapes and potential improvements.

The Rock N Ride would have a neat little handle to allow you to position the toy and make it move without having to just grind on it.

The G-spot stimulator is of similar shape to the 3Some Total Ecstasy, so I knew it would feel good without question.

What I was most excited about was the ribbed clitoral stimulator mound, as I felt that the mound feature would be more enjoyable for me to rub against. Plus it's positioned low rather than the clitoral stimulator that comes with the Total Ecstasy that I have to position "just so" in order for it to work.

All in all, this toy had several things going for it that I was sure would bring me waves upon waves of delightful stimulation. Another toy that I could use with partnered sex and also something that could be fun for solo sessions. 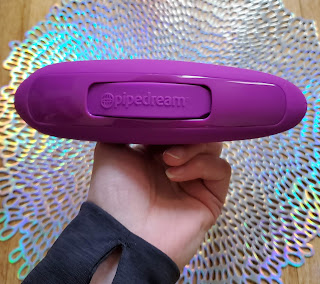 Intrigued? Yes? Good.
Is this toy the toy I had been dreaming of all my life?
Unfortunately, no.


However, for my body, the toy didn't really...fit? 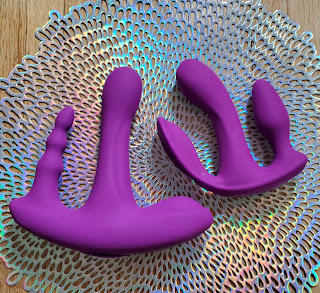 As I said before, I tried extremely hard to get stuff to line up with everything inserted, and for me, it caused me discomfort and pain. So I knew I couldn't force it. At first, I thought it was the time of the month in which I tried it (close to my period starting) and my second use was some point after I had my period. Either way, I have come to the conclusion that I am legitimately not built for this toy. 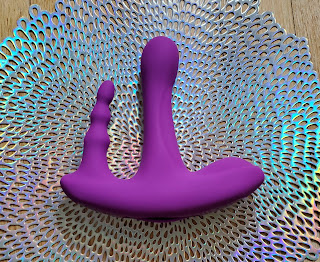 I was hesitant to write about my lackluster experience, but I know that bodies are built differently and I'm absolutely sure there are folks out there who could use this toy and have a great time. It's a bummer for me because this is one of the more disappointing toy experiences I've had. I just have to chalk it up to my trying new things and you simply don't know if something will or won't work unless you give it a go.

Now, if this toy was designed in the same way as the 3Some Total Ecstasy in terms of sizes and if the clitoral stimulator was a bulb instead of the larger egg/leaf-shaped stimulator, I think the toy would have worked for me successfully. The G-spot stimulator is longer on the Rock N Ride than on the Total Ecstasy, and I think that extra bit of length is probably what did it. (5.5" for the RNR vs 4.6" for the TE). Frankly, the insertable length with the Total Ecstacy was plenty for me and hit my G-spot nicely.

With that said, unfortunately, the 3Some Rock N Ride will not be staying in the bedroom for regular use because I simply cannot use it as intended. All is not lost, because I can still enjoy the DP experience with the Total Ecstasy, I just have to fiddle with the placement of the clitoral stimulator.

With that said, if you find longer lengths uncomfortable for you in terms of insertable toys, I'd check and see if the length of the Rock N Ride would be within the size that works for your body. If the length isn't an issue, then I'm sure you'll be quite pleased with the pleasurable experience that the Rock N Ride seeks to provide!