The INFJ Guide to Shopping For Sex Toys 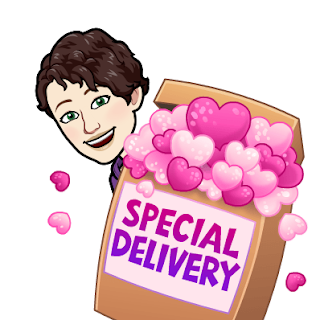 I write this guide as an INFJ, whether or not being an INFJ had any influence on my shopping for sex toys, I have no idea. I will say, that when I made the decision to spice up my Sexy Life, I went all-in with a decerning eye.

I did not want to fail, I did not want to waste money, and I was especially focused on trying new things. I felt my sexual self was relatively untapped, and having had some negative experiences with purchasing sex toys in the past, I wanted to ensure that this time would be inspiring and invigorating.

Before I made any purchases, I took a mental note of the current selection of toys I already had, and whether or not I liked them. Truth be told, I did have a couple duds, but at the time I didn't want to admit it. Could there be an improvement if there were more powerful settings? Difference in size? Was there something completely different I should try? What would improve either my solo experience or my experience with my husband?

There wasn't a store locally that I felt comfortable visiting (the only one I knew of was about an hour and a half away and looked sleezy AF.) This meant all my shopping would be done online. For someone who has quite a bit of (controlled) anxiety who is also an introvert, this allowed me to really take my time with researching what products I wanted to try and where I wanted to purchase them from.

With the internet, the world is your oyster, but it's also extremely vast and can, in its own right, be intimidating. There are many, many places where you can order a wide array of sex toys- and there are definitely websites that I feel are educational vs. websites that seem a bit on the cheesy end. So what did I do? I sat at the computer and browsed almost nonstop.

When it comes to purchasing toys, there are many things to consider. One popular term that I had seen all over was "body-safe." What considers toys to be "body-safe" are free of phthalates, PVC, or latex. SheVibe has a great guide on toy information which talks about different materials along with a comprehensive materials guide, how to choose, toy storage, and lubricants.

Having a website that gives comprehensive information made me feel a lot more comfortable with my decision making. Plus, it shows that they truly care about your experience and want you to know what information is out there. I look at toys more like an investment and not something disposable, so knowing which lubricants can work with what and having storage/care tips is super helpful.

When it came to making my purchases, I went based on what I had and what I liked or disliked. I didn't have a selection of non-rabbit style vibrators/g-spot vibrators I actually liked. The two options I had I felt were sorely lacking in several departments. Power, overall internal feel, stiffness, and whether it was strong enough for me to use as a clitoral stimulator. A goal of mine was to find a g-spot vibrator that worked well for me, which would allow for the best opportunity to flirt with that magical area. Bonus if it could be used clitorally as well.

There was a solid month or so where I was getting mail on a regular basis, and believe me, it was pretty damn exciting. I was also feeling a little sheepish. I tend to get buyer's remorse and start to feel bad for making purchases that were ultimately for my personal sexual growth and sexual growth with my husband. Why should I feel ashamed? Also, there is the whole concept of trial and error, and that's legit. You have to open yourself up to possible failure by way of not purchasing a product that jives with you. Been there, done that. It's not worth having a pity party over.

The other thing to remember about this, even tho it seems selfish, is that embracing your sexual self and making the decision to experiment with new toys is a good thing. I entered adulthood with very little sexual experimentation. The idea of purchasing a vibrator was completely not on my radar. I felt like I wasn't allowed? (For some reason?) I will say I'm grateful for my ex-husband because he did buy one for me, and with that purchase, I discovered what I wanted to veer away from. (Thankfully, it worked and I figured out what an orgasm was) but I also found that I wanted something nicer than the hard plastic, $20 toy that is commonly found at most sex toy stores.) The kicker is it took me years before I gave myself permission to venture away from that toy and buy whatever the heck I wanted.

Making purchases can be daunting, but it can be extremely fun if you have an open mind. My suggestion would be is not to rush into making purchases impulsively. Do some research and explore some websites that you're curious to buy from and go with the site or sites that make you feel the most confident and empowered.

Figure out your comfort level and maybe step slightly outside of it with a couple things. You might find that you like something you had no idea you would. Also, look at it like growing your sexual self, so maybe be open to buying something you can graduate to. Remember, this is supposed to be fun, not anxiety-inducing.

Even tho I say this is the INFJ guide to shopping (because I am one!) this can really be utilized for anyone who is new to embracing their Sexy Life and purchasing toys. There are many great resources out there from brick and motor stores to online sites, take your time, ask questions, and have fun exploring your sexual self!