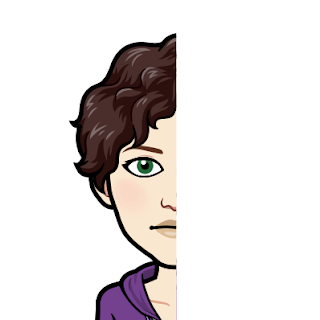 I had an instance many years ago where I was completely and utterly shamed for expressing my sexual self. I had let my then-boyfriend, take a nude Polaroid photo of me. It was something I gave my consent to, but it didn't mean that I was 100% for it.

On one hand, I thought that it was flattering that he wanted a photo of me to potentially use for, shall we say, visual stimulation. On the other hand, I felt as tho I had to do it in order to keep him interested in me.

The main reason I fell victim to not going with my gut and saying no because I had a lack of self-worth at the time. Also? He was my first boyfriend, so you have this idea that it's something extremely special and one should do whatever it takes to not fuck it up.

After the photo was taken I forgot about it. Unfortunately, the fateful day came when I was told that his sister found the photograph. All hell broke loose, because not only did his sister find out, but she told everyone she possibly could. Not just at our school, but around town. My aunt who worked at a gas station found out about it- so then it was a game of telephone. My aunt told my dad who then called my maternal grandma to have her inquire/inform my mom (as my parents were divorced.)

What absolutely sucked is that my grandma called multiple times before my mom got home. The ever increasing sense of dread started to drown me because I knew something was up, I just didn't know what.

Eventually, my grandma and mom connected.
You bet your ass I lied when asked about it.
My mom did not like my then-boyfriend in the first place.
She was extremely concerned about the idea of us having sex.
I was terrified of disappointing my mom.
Not to mention I embarrassed as fuck.
For all I knew, the entire community knew what I did. In school and out.
I don't know if my mom actually believed me, but she acted like she did.
I then swore I would never do anything like that ever again.

Probably about a year to two years later, after my then-boyfriend sexually threatened me and I broke up with him.
That damn Polaroid came back into play and he used it to try and blackmail me.
He said that he would make copies of it and post it all around school.
He threatened physical harm to me by saying he should bring a knife to school.
My Junior year in HS became my personal hell.

It had escalated to the point where my mom and I went to the local police to see if we could get a restraining order or something. More or less due to the fact that the Vice Principal at the school was a complete idiot who sided with my ex-boyfriend on everything (because my ex was on the wrestling team and winning matches. The joys of the small-town school patriarchy.)

The damning part of the whole ordeal was I had to admit that the Polaroid did exist. The goal now? To have him hand it over.

I wasn't done going through the wringer quite yet. He and his mom had to go to the police station as well because there are two sides to every story. I was basically branded a whore because of letters I had written to him that were of sexual nature. I don't believe any of them were dated, so they could've been written yesterday (so I was told.) Again, authority figures were convinced of my fault.

So much bullshit. So many secrets I could not keep. Everything threw me under the bus and branded me something that I really wasn't. My tail was between my legs, and it was everything I could to not go down a dark hole that I wouldn't escape from.

Eventually, my ex did give me the Polaroid. I forget how it all happened if finally, the Vice Principal said that he had to turn in or else, but I got it.

I burned that fucking photo when I got home.

I don't remember with perfect clarity what I looked like, but I know I was smiling and probably felt attractive. A moment in time where I felt desired. Yet that moment came back to bite me in the ass.

I carried shame over my early sexual exploration for many, many years. I would say that it was one of the biggest contributors to me stifling my sexual self for a long, long time. For so long there was a tiny bit of fear in the back of my mind. Questioning if I should express myself sexually to my partner, or if I should write something flirty, suggestive, or otherwise.

I continually held myself back. I think because I felt punished for doing something that is natural for a young person to do, which is to explore themselves in a sexual manner. Instead of being told that I possibly made a mistake and it's okay, I was told I did something wrong. Something bad. The whole "Why the hell did you do that?" sort of bad. The kind of bad that insinuates you should never, under any circumstances, do it ever again.

There is a part of me that would love to confront the people of my past, to inform them that even tho they made me feel extremely shameful, I still came out alright. It might have taken years for me to work on healing the wounds that were cut so deeply, but they have since healed up enough for me to move past those hidden anxieties that tainted my Sexy Life.

If you have experienced shame pertaining to exploring your sexual self, you are not alone. It is possible to heal, even if it takes a long time to do so. I'm just now feeling comfortable enough to talk about some of the things that have impacted my sexual self. I'm starting to heal more fully and understand more of how to move past triggers. Be patient to yourself and be kind. You can do it.