I looked at my new calendar last night and laughed out loud at the comic. It was so fitting for my circumstances. 2018 was a shit year entirely, 2019 wasn't too bad- but I hit my limit of drinking for the final day of 2019 and really went out with a bang.
I woke up on the 1st feeling like the last comic. Battered and bruised, but decidedly not giving up on life.

I'll be brutally honest, I'm at 98% and definitely not at 100% yet. Even tho this hangover is nowhere close to the hangover of my stepdad's 70th birthday party, it was still enough for me to say that I need a fucking booze break.

I'm not a heavy drinker, tho I'm not one to shy away from a suppertime beer. However, I know over the course of 2018 into 2019 I have found myself not able to give myself the break from alcohol that I wanted. I guess it's the culmination of life crap that kept me wanting to keep things at bay.

I have to admit that my evening beer became more of a crutch than something to enjoy for the sake of enjoyment and living Happyness Life. I'm not an alcoholic, but I can admit that I feel it turned more into a vice than something of simplistic enjoyment. Vices, ahh, they give me a false sense of control. Damnit. You know? I thought I had gotten past that whole thing, but it turns out I didn't.

I am one of those unfortunate souls that experiences the "fine one minute, shitfaced the next" syndrome. My body does not produce a middle ground when it comes to me imbibing- I know my limit and if I go past that limit, I'm a goner. I was having far too much fun on NYE and I had thrown caution to the wind. The thing that absolutely sucks is the memory of the moment right before I decided to go all exorcist on myself. A bit of a bison dog (a hotdog shaped meat tube) with (ack) jalapeno ketchup. The next thing I know I'm running/stumbling to the sink and barfing my head off.
I spent a good portion of the rest of the evening on the bathroom floor.
I was embarrassed and surprised how quickly the feeling of dying came over me. I know Hubs checked on me several times, and eventually, when I felt like the worst was over, I was able to make it to bed. I was out cold.

The next morning was rough AF. 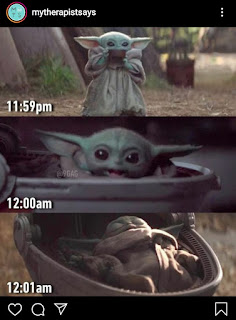 There was a small glimmer of hope for me, but as the morning progressed I felt like I started to feel worse. If I wasn't lying down, the world would spin. I'd go dry heave nothing into the toilet. I sipped on some Ginger Ale (Zevia-style) thanks to L and Travis fed me what would've been a glorious bit of bacon. Unfortunately, as soon as it settled into my stomach I felt the need to upchuck. This would not be an easy hangover to come back from.

I'm old enough to know better, but unfortunately, I forgot that I'm supposed to be a responsible adult. L suggested hot-tubbing again, but I worried that if I was upright I'd start barfing. She suggested breathing some fresh air, which did feel good after I had to go upchuck for what felt like the millionth time.

I slept on the way home.
I got into some comfy clothes, took my contacts out, and proceeded to sleep more.
I did drink some sparkling water and took some ibuprofen.
The cats were thrilled! At least someone was. 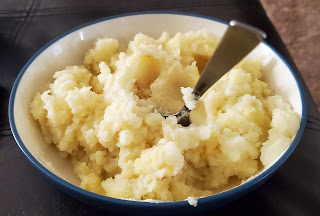 It was around 2 p.m. I woke up and felt like the worst was behind me. Damn, I hate when I have long hangovers. Cordie had just laid down with me and all I wanted was to make some instant mashed potatoes. Mashed potatoes are my perfect hangover recovery food. Always good and most importantly a palatable texture. I did have to remove Cordie from snuggling in order to make my dreams come true, but lucky for her, I provided snacks because I felt bad.

I was extremely grateful to be feeling like a human again. I took a hot shower, had more sparkling water, put on clean satin jamjams (aka pajamas), and started laundry so I could wash my barfy jamjams.

In the end, this experience gave me the exact push I needed to say that I am going to take a break from drinking for a while. It's time. It's been something I've contemplated for some time now, and this experience was just what I needed in order to take the next step of temporarily removing alcohol from my daily life. 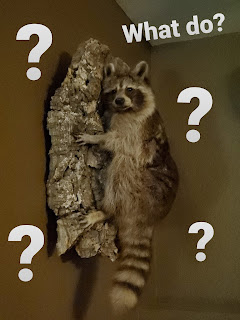 I woke up this morning feeling pretty excited, and I'm not entirely sure why. I think it's more I have a sense of relief over the whole thing now. I am nervous, tho, because I'm working on other areas in my life (like finding my sexy self) and the idea of doing that sober is a little nervewracking. There is a sense of vulnerability that comes from being 100% sober when exploring things sexually. Eeep!

Tho I am looking at that and wondering why the hell should I feel "Eep" about it? I won't be desensitized. I'll be 100% there and in the moment. That should be fucking fantastic. I'm wondering if that will help me feel even more "in the moment." It will be interesting to find out.

I'm not a resolution sort of person, but I started a personal growth journey towards the end of 2019 and I'm just carrying it forward and adding more to it. I'm excited to see what happens. Possibly a little nervous, too. I'm not lording over myself with expectations other than working towards living Happyness Life.