Disordered Habits Can Kiss My A** 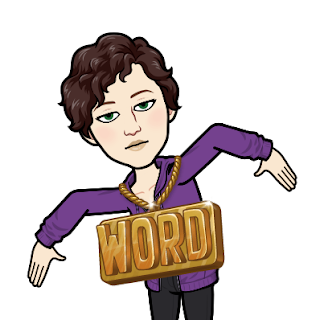 It's been a full week since I decided to step away from drinking alcohol for a self-imposed break.

During this week, I also started reading the book: Quit Like A Woman by Holly Whitaker

Ironically I had pre-ordered before I committed to taking a break from all things alcoholic.

It's been a thought-provoking read, and I would recommend it to anyone who is sober-curious or like me, who feels alcohol is permeating every corner of our existence when it comes to doing anything socially. (Painting, reading, card games, meetings, etc.)

At a recent meeting, I nursed a glass of ice water, not feeling sorry for myself that I wasn't nursing a glass filled with carbohydrates, sugar, and ethanol. When it was brought up that we didn't join the NYD ride, I was forthright in admitting that when N saw us, I was hungover and asleep in Hubby's truck. That's why he didn't see me and that's 100% why I decided to take a break from alcohol.

My decision was commended, and N mentioned that he had partaken in "Sober October" and boy was it hard. I'm sitting at the table wondering "Why isn't it hard?" Because at this point, I'm not missing it. I feel like my situation with overindulging on Old Fashioneds is similar to the time that I completely dropped smoking. I got super sick, like, extremely sick after an evening of chain-smoking and drinking (the sickness was unrelated to the smoking- it was a flu or sinus infection) and my stomach rolled whenever I thought of touching a death stick to my lips. I wasn't a heavy smoker in the first place, so I wasn't missing much. I am not a heavy drinker, so apparently, I'm not missing much?

Neither were things I abused (rarely if I did) but they were a daily staple in my life for an extended period of time.

The same with my disordered eating. I had a mix of Bulimia/Anorexia, never fitting the bill for either. It was a daily habit and one that I eventually broke years down the road. I got tired of doing bad things to my body and found a different vice to work me out of the ritual.

More than anything, I know I wanted to take a step back from drinking because I acknowledged that it became a habit. What I've learned over the years is that I do not like habits taking control of my life. It became more of a vice than anything, similar to my obsession with exercise and food. I had told myself for so many years I needed that nightly beer to alleviate the aches and pains of my dysfunctional body. I needed it to relax. To sleep. To feel like me.

I've had an alcoholic drink just about every day of the year with supper for 10-11 years. Wow. 10-11 years with hardly a break of drinking some sort of alcoholic drink. Not to mention on special occasions or evenings out with friends, it would equate to 2-3 drinks per evening.

2018 had me reaching for a bottle more often than not, and I would allow myself a little extra more often than not. It was a shit year, and I knew that it was breaking my habit to imbibe in a half-glass more, but I felt that it was completely justified with all of the crap that was going on in dealing with estate matters. (I didn't know I was depressed. I didn't know my anxiety was on overload.) I knew that if there was ever a time to drink, that was the time to drink.

I get to a point where my disordered habit makes me uncomfortable. That point happened when it came to drinking. I embarrassed myself with a rookie mistake of drinking too much and staying in a hot tub for too long. I got hungover on hard liquor for the first time in years, and I remembered why I stopped drinking hard liquor in the first place.

Hubby and I recently hosted a card game, and I was not drinking any sort of alcohol. Guess what? I still had fun, because it's Cards Against Humanity with a bunch of knockoff brand cards that are super inappropriate!

I'm grateful to myself that I was able to take a step back and reflect upon my relationship with alcohol and that it is indeed time for me to take a break from it. Granted, I had to get to a point of extreme discomfort in order to tell myself it was "okay" to do so. I'm looking forward to seeing how interesting this journey will become.