Working On My Sexual Self 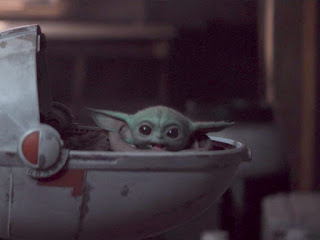 In 2019 I made the decision to start working on healing my sexual self. What an immense undertaking! Personal growth and change is not something for the faint of heart.

There have been times where I've gone one step forward and wanted to go two steps back.

More or less because I am challenged by exiting the comfortable box that I've built. The comfort zone. It exists to keep you safe, but there are times it can inhibit the journey.

It's a struggle bus sometimes, especially because I'm enjoying my newfound sensuality, but self-doubt has a way of sneaking in while the door is shutting.

Truth Telling:
1. I was sexually abused when I was 4, which created some confusion for me because I knew about stuff that was beyond my age to understand. I also felt shame and anger in my older years because when I looked back, I felt like most of the adults (aside from my mom) didn't feel empathy for my situation. I felt like it was looked at like "Well, that's too bad, but we feel sorrier for so-and-so."

It was done to try and drive my mom and me out of the house because they were angry we were there. Never once did I hear the words "I'm sorry." It took me years before I could be in the same room with them without feeling suffocating anxiety. I wanted to hate them. My grandma told me that hate is a wasted emotion.

I've gone back and forth on it, and I came to the conclusion that I was by no means obligated to forgive and forget. I don't hate, but I sure as hell don't appreciate...it was a lesson that I never wanted to learn.

2. Another thing that I've had to learn how to cope with is that none of my parents (biological or step) were really great at the whole showing affection sort of thing. It's not to say that over the years my mom and dad (biological) didn't improve, because they did, but while I was a kid there were gaps.

Those gaps created feelings of uncertainty and left me questioning if I was loved. As a child, I know I felt lonely sometimes, and during those times I would turn to my mom for hugs. The issue was, I wanted hugs maybe every 5 minutes. I craved the simple touch and warmth that came from the embrace. My mom needed to work tho and there would come a time where I was told I wasn't going to get one because I had one less than 5 minutes ago.

3. I learned everything I know about sex from Harlequin and Silhouette novels. This is completely laughable, but I grew up in an environment where sex wasn't talked about. I started reading these books when I was probably 10 or so, and my grandma was horrified. However, it became entertaining for us because I would buy fancy (300+ page historical romances) and let her borrow them. I enjoyed this special bond with her. It would take me years to figure out that what I read in books did not entirely correlate to the real world when it came to sex.

4. I developed breasts early and distinctly remember my moment in 4th grade when they were literally pointed out, because my friend pointed at them, pushing my nipple in. I was mortified. I spent the next several years having my breasts picked on by people at school, on the bus, and even my step-dad. Like, he'd talk about I better not run too fast or they might hit me in the chin. (If I remember right, they were NOT that big.) However, the attention they gave me made me extremely uncomfortable.

It's not like I was some sultry bombshell in school. I was overweight, so I had boobs. I started my period at 10 and became a laughing stock at school because of it. I was made to feel embarrassed about everything happening to my body. At a young age, my grandma told me that I had to stop acting like a child and act like an adult because I LOOKED like an adult. (This could have been extremely bad if you think about it.) Thankfully, I didn't start dressing like a grownup woman in sexy lingerie at the age of 11.

5. My step-dad had some Playboy magazines (because I found them.) I also milked cows in a barn that had Playboy calendars from the milk hauler hung up on the walls. So you see a beauty standard of women all around you on a daily basis, quietly telling you that you are shit.

When we got the dish, I discovered the Playboy channel, and found myself utterly bored and fascinated at the same time. I again felt shame about my body, and I learned that what seemed like hour-long blow jobs were totally overrated.

I watched Sex Court because it was entertaining. I do remember positioning myself on the floor so I could have a good view of the stairs to make sure I could change the channel quickly in case my mom or step-dad came home. I probably held the remote the entire time, too.

6. I lost weight. I lost my boobs.
I was happy I wasn't overweight and started feeling sexier. However, my boobs were never the same again. I had also gone from the first one to have "big boobs" to now being the one who had a humble bosom while everyone else around me seemed to have something better.

My senior year I felt like a fucking goddess. I had contacts, an attractive red hair color, low-rise jeans, and I was NOT FAT. But that weight loss came from farm work, exercise, and an eating disorder. An eating disorder that I ended up being judged on. Nothing makes you feel worse than knowing what you are doing is wrong, but then having your fellow classmates shove it down your throat and shame you. No one cared. What I learned the most during that time was I really didn't seem to have friends in school and I couldn't wait to get the fuck out.

Later on in our relationship, he sexually assaulted me because I did not want to have sex. My mom was home. I wasn't interested. He wasn't taking "No" for an answer. So he pushed me against the couch arm, pulled my shorts and undies aside, positioned his fingers, and threatened to show me how much he didn't love me. (Insert giving the bird here.)

My second ex-boyfriend was not anything amazing to speak of when it came to sex. He really had no idea how to please me (but I didn't know how to please myself) but I did enjoy making him cum. I considered it a job well done! I did have my first experience with having sex in a vehicle with him, so I guess I could cross that off my bucket list? We didn't date long, and after the new year we mutually broke up (I think.) I did end up balling him out in the end, because of an acquaintance sharing an email with me that was sent by his best friend (to her) stating that he was only with me because of the sex. Otherwise, I was too clingy and talked too much. (Sex shut me up, so that part was okay.)

I swore after that I would have nothing to do with anyone in my age group/class/etc.

8. I got played by a guy I thought was the hottest thing since garlic bread crust Tombstone pizza. He was a tattoo artist who had an impromptu night club on Fridays and Saturdays at the tattoo shop. He gave me some of the most sensual, sexual experiences thanks to the sweet sounds of Nora Jones. I was really stupid with thinking that he was going to be someone I'd spend extra time with. However, I should've caught on with all of the "We need to earn each other's trust" when I was already to the point of "I trust you!"

9. I decided the best way to get over my sexual mishaps was to go on a blind date. I met my future husband on that date. Ultimately, it was a positive thing for awhile. He was older than me, so I really hit the nail on the head with being with a real "man." What I didn't realize, was I would be in a relationship with someone I'd care about, but who was seriously fucking flawed. (Not saying I'm not.)

One day, because I'm pretty smart at computer stuff and he wasn't the most observant, I noticed there was stuff in the recycling bin on the computer we shared. I had just cleaned it out maybe 24 hours prior. I hadn't deleted anything. Gee? What's this? Pictures of a mostly naked woman wearing knee-high boots.

We'll say we had an interesting conversation where he tried to tell me he didn't know what photos she was sending- and to which I said BS because you OPENED ALL OF THEM.

At one point something told me to look at his credit card statement, to where I could tell there were numerous online porn charges and a dating site charge with other small charges from that dating site.
I should've filed for divorce ASAP. I didn't. I felt like I couldn't survive on my own and I would be damned if I would get a divorce. A few years after, I realized that I absolutely had zero trust left and our relationship was 100% dead in the water. It was suffocating me and likely had been suffocating him as well. Neither of us wanted to be perceived as the "bad guy" when it came down to it. However, our getting divorced was the best thing that happened.

12. In 2018 my dad died, and my world was consumed with pain. Emotional, mental, and physical. My NH (now husband) experienced the brunt of this with my complete shut-down of sexual activity. We did have some sex, but it was few and far between. When having to juggle major life responsibilities along with grief and depression, I was a complete shitshow. I had also lost my ability to orgasm as easily as I had, which depressed me further.

13. In 2019 I went on anti-anxiety medication and started to feel a lot happier. However, I was still in a sexual funk. It was hard for me to have an orgasm and that frustrated both my NW and myself greatly. Even when I tried to masturbate it seemed to take forever. I did not feel desirable and I felt like a broken woman. Those two things combined kept me from trying to initiate anything. I wondered if going off of the medicine would be best, but I was afraid of my anxiety. I tried my best to get used to the "new norm" of a hard-to-cum self.

14. Later on, in 2019 NH and I had a heart-to-heart. We both knew that we had the potential of having a much better sex life, and that meant I would have to open myself up to working through a lot of crap that impacted my sexual life. However, one of the best side effects of this was being able to orgasm much more easily and still take helpful medicine for anxiety. A win-win!

This covers most of my history that would likely impact my sexual self. Hot damn!
I will say that the results have been interesting so far, but I'll be leaving that to a different writing. Let it be known that it appears to be possible that one can improve their sex life, at any point in life- but you have to be open to trying new things and you must work on past traumas. Sex can be extremely healing if you let it, but you also have to open yourself up to be healed.